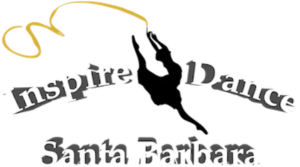 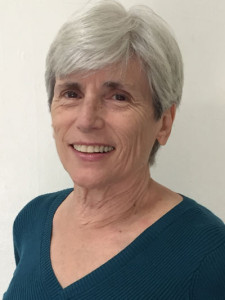 Emmy Lou Crawford is the co-founder and co-artistic director of Inspire Dance SB, established in August, 2015. Emmy Lou holds a Licentiate Diploma from Cecchetti USA, and a RAD (Royal Academy of Dance) Diploma from the Royal Academy of Dance, based in London, England. Emmy Lou has entered children and young adults in Cecchetti (Grades 1-9) and Royal Academy of Dance (Grades 1-6) exams over the past 10 years. Her students have passed through the grades accomplishing each level with confidence. Emmy Lou’s past teaching experience is with Santa Barbara Festival Ballet for the last thirty years where she was the head teacher for the Children’s Dance Program, taught Grades Primary through Grade 9 and adult classes. Ms. Crawford established the Summer Dance Programs, Build a Ballet and Prince and Princess Camps, at SBFB in 2006 with her daughter Sean. During her tenure with SBFB, Ms Crawford was tutored in the Cecchetti work through Grade 9 by Denise Rinaldi. Betty Seibert, of Chelshire Dance Academy, prepared her for the Cecchetti Licentiate Exam in 2007. Ms. Crawford is working on the Grade 10 with her daughter Sean, and always looking for ways to expand her teaching skills to all levels.

Emmy Lou’s early dance training, age 10, was with Eugene Loring (choreographer of Billy the Kid & Capitol of the World, Silk Stockings, & Funny Face) at the American School of Dance (in Hollywood) where she retained a full scholarship from the age of 13 to 18. Mr. Loring was passionate about the fact that American dancers needed to be prepared to dance all forms of dance, not just ballet. This meant his students were given the opportunity to study all dance from ballet (the base) to Hindu, to Japanese, to Modern and Jazz, etc., thus creating a well-rounded American dancer. From the age of 16 she was invited to join Eugene Loring’s dance company, The Dance Players, and performed around the United States. The Dance Players presented classical pieces, new works by emerging choreographers, and new works by Eugene Loring. This unique experience of working with an established and working choreographer on the forefront of American dance was an unparalleled experience for any young dancer. After high school she went on to a professional career in television, such as Dean Martin and Lucille Ball, and motion pictures, such as Finian’s Rainbow and Hello Dolly.

Emmy Lou is a Montessori trained teacher, having studied the Montessori Method through AMI Training Centers for both Primary (3-6) and Elementary (6-12). She has been teaching in Montessori schools since she received her training, and brings this work to her dance students. This is why she is exceptionally talented with the younger student and encouraged by Santa Barbara Festival Ballet to work particularly with the younger students and their foundational training. Ms Emmy Lou now brings her talents and expertise to all dance levels at IDSB! along side her daughter. 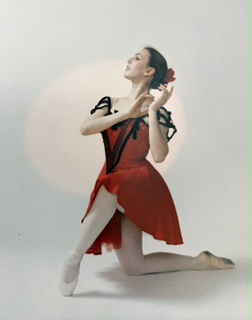 Sean L. Crawford is the Co-Founder/Co-Artistic Director of Inspire Dance SB of Santa Barbara. Ms. Crawford’s early training began with Bob and Carol Hanlin, founders of Goleta Civic Ballet and former alumni of San Francisco Ballet & Opera and American Ballet Theater. Ms. Crawford’s additional training continued at Westside Academy of Dance, Houston Ballet Academy, Chicago School of Ballet, Santa Barbara Festival Ballet and Joffrey Ballet of New York City. Ms. Crawford performed in Nutcrackers at the Arlington growing up from the age of 8 performing in such roles as Ballerina Doll, Mirlitons, Dewdrop, Spanish and Snow Queen. She danced in contemporary works along with classical ballets through the Pacific Regional Ballet Association. Her dance life has taken her all over the US and has given her the opportunity to work with several artists and mentors such as Maria Tallchief, Allegra Kent, Melissa Hayden, and Jacques d’Amboise. Ms. Crawford’s Cecchetti teacher training began with Emmy Lou Crawford, Denise Rinaldi and Marnell Himes-Ushijima. Ms Crawford holds a BA in Dance from UC Irvine and an Associate in teaching certificate from Cecchetti, USA (ACUSA). Ms. Crawford is formerly Co-Artistic Director for Santa Barbara Festival Ballet, her later school of training with Denise Rinaldi and Michele Pearson. Ms. Crawford is formerly Co-Artistic Director of Ballet Etudes her home of 12 years while at school and after. Ms. Crawford has created several children’s ballets such as Fairytale Dreams (2006-2014), A Bug’s Adventure (2009), Dancing Princesses (2010), Mulan (2012) Snow White in the Old West (2013), The Enchanted Forest (2014) , Alice In Wonderland (2015), Twas the Night Before Christmas (2015), Hansel and Gretel (2016), Peter Pan (2017), Mother Goose Tales (2017), Clara in the Land of Sweets (2017), and Wizard of Oz (2018). She has danced in and staged several classics such as Nutcracker, Coppelia, Swan Lake, Les Sylphides, Sleeping Beauty, and La Bayadere. Ms. Crawford feels honored and privileged to have this opportunity to teach along side her mother and to share her love of dance with the community she grew up in and has returned to.  Ms. Crawford’s desire to reach out to the Santa Barbara community to bring the beauty of performance to young ages started in 2013 when she moved back to her home town Santa Barbara, Ca. Ms. Crawford began teaching class (Nursery Rhyme Dance Time) to ages 18 months to 5 years once a month for the Downtown Central and Goleta libraries. Her vision was to provide artistic inspiration to smaller audience members and their families whom otherwise might not be able to attend a dance class or full length ballet. Inspire Dance Santa Barbara’s community engagement program has blossomed into a regular community class and performing experience for ages 5-16+ at the public libriaries, Knott’s Berry Farm, La Cumbre Mall, Paseo Nuevo Mall and schools around the county. Ms. Crawford is delighted to bring the love of dance and performance to the public through her experience and passion for all things dance. Ms. Crawford is an ABT® Certified Teacher, who has successfully completed the ABT® Teacher Training in Primary through Level 3 of the ABT®National training Curriculum.

Tamara has been teaching and choreographing tap dance in the Santa Barbara community for over 20 years. She is the co-founder of a dance company that performed throughout Southern California from 1993 to 1999 and produced sold out National Tap Dance Day Celebrations at UCSB’s Campbell Hall. Tamara’s choreography and class combinations bring together both Rhythm Tap and Broadway styles. She believes that any kind of dance makes your soul happy, and that tap dancing leaves it grinning.